Things to do in Dublin this Easter

WIN AN AMAZING DAY TRIP TO FOR 4 TO THE TATTERSALLS IRISH 2000 GUINEAS! 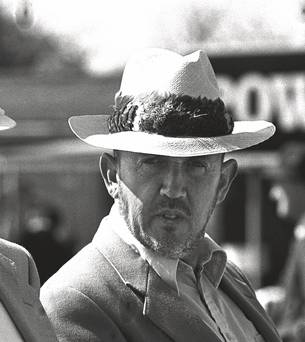 At Racing Tours Ireland, our undoubted goals on our day tours from Dublin are to provide patrons with unique access to the beauty that is the thoroughbred racehorse at home in their stables, and the thrills, spills and enjoyment of a day out at the races. Whilst the horses are the definite stars of the show, it can’t be denied that one of the alluring aspects of the racing game is the stories of pulling off a well planned and executed betting coup. A well orchestrated coup gets the bets on, at the best odds possible. This usually requires some meticulous plotting and scheming in advance, with skulduggery such as misinformation, disguises, and having a team ready to place the bets.
In bygone days when there was nothing organised about horse racing, betting consisted of simple matches between two owners (‘my horse would hammer your horse’ type of thing) with a third party holding the stakes.

Betting began in hotels and pubs rather than on the courses. The first big races were sponsored by vintners keen to encourage betting on their premises. Eventually it moved on so that bets were taken among the crowd at the races.
It all became a bit more ordered at the start of the last century. In 1912, in Clonmel, Co. Tipperary, it was decided that the bookmakers would stand in one spot and that the punters would come to them. In this manner was born the modern betting ring.

The rules of engagement were also changing in the battle between backers and bookies. The latter had to know just how well the fancied horses were doing on the gallops. The trainers and their owners would go to ridiculous extremes to prevent the information leaking out.

The bookmakers could be secretive, too, and introduced their own sign language of tic-tac to convey prices. Tic-tac was invented on the floor of the stock exchange in Melbourne and taught by Australian soldiers to the Irish in the First World War trenches, before surfacing at Dublin’s first greyhound racing venue, Shelbourne Park, in the 1920s.

For all the skullduggery, it is worth remembering that gambling debts have always been debts of honour, being consistently honoured over the years on both sides of the counter. However, the odds are stacked in the bookmaker’s favour, illustrated by when you walk into most betting shops you will see three windows marked ‘Bet Here’, but only one window with the legend ‘Pay Out’.

Despite the odds being against the punter, we at Racing Tours Ireland want to celebrate the rich history that exists of punters beating the odds and getting the better of the bookies (after all, this is part of what we’d like you to achieve on our tours), and bring to your attention some of the fondest betting coups from Irish-racing history, not all of which occurred exclusively in Ireland – bookies in the UK have traditionally been a popular target for Irish coups!

Hopefully you’ll find each tale both interesting and entertaining, as we bring them to you over the next few weeks, starting off with the “Yellow Sam” betting coup…………and why not let us know your favourite betting coup tales by responding to this blog post, or joining us on our facebook or following us on twitter. 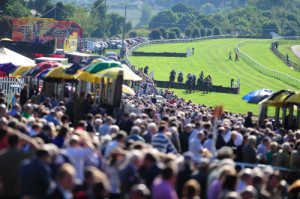 On the 4th of July next, Racing Tours Ireland will be visiting Bellewstown racecourse as part of its day tour from Dublin, scene of one of Irish horse racing’s greatest ever betting coup stories in June 1975, by legendary punter, Barney Curley. Yellow Sam was a very ordinary horse bought by Curley, and was given his name from Curley’s father’s nickname at the races. Curley, and Yellow Sam’s trainer, Liam Brennan, trained the horse for a lowly hurdle race at Bellewstown, featuring mostly amateur jockeys. His reasons for targeting that particular course were quite deliberate: at a time long before the advent of mobile phones and email, it was serviced by only one telephone, a public call box – more about that later.

In order to ensure his horse went off at generous odds, in the run up to the race, the horse ran in a series of races at other racetracks in unfavourable conditions, to get the horse’s handicap mark lowered. On the day of the race, dozens of Curley’s friends, acquaintances, and paid accomplices were stationed in bookmakers’ shops around the country with between £50 and £300 each in sealed instructions to be opened upon receiving a call; none of them knew beforehand which horse had been prepared, or in which race it was to run. 10 minutes before the start of the race at 3pm, Curley called a half-dozen of his people, and instructed them to each call a dozen, or so, others. As the money piled in, just over £15,000 in total – reputedly Curley’s life-savings, various bookies began to panic and attempted to contact their representatives at Bellewstown to get them to bet on Yellow Sam. By doing so, his starting price would be slashed and their liabilities would be hugely reduced. Unfortunately, their efforts at self preservation were scuppered when it became apparent that the telephone at Bellewstown was, at the time, being hogged by a particularly distraught racegoer who was having one final conversation with an aunt who was dying in hospital.

The grieving nephew in question was Benny O’Hanlon, a friend of Curley’s, and his dying aunt was a figment of his imagination, unbeknownst to the betting agents standing in the queue waiting to use the phone he kept tied up until Yellow Sam had won his race by two-and-half lengths at the ridiculously generous odds of 20-1.

At the time of the gamble, Curley was a renowned professional gambler, and the bookies were fearful of him when they spotted him at the races. So as not to give the game away, and still be able to see the horse run at first hand, comically, Curly hid in the centre of the racecourse in a bush with binoculars, and watched his plan unfold. His profits on the race amounted to £300,000 (nearly €2million at today’s values), which the bookies were forced to pay in full as nothing illegal occurred; however, they paid out in single notes, filling 108 bags!

This was not to be the last famous skirmish that Barney Curley was to have with the bookies………..
If you have any great betting tales, why not let us know!