And so the wait is very nearly over!
Surely the greatest racing day of the year, and therefore the greatest day of the year for many, is tomorrow. What a whirlwind start…….breakfast and a pint with the lads; the greatest 30 minute walk to the racetrack; first pint in the Guinness village at noon; all of a sudden it’s 1.15 and there’s 15 minutes to “the roar” and the intriguing prospect of Douvan and Willie Mullin’s claim that he’s “as nice a horse as we’ve brought to Cheltenham” taking on a good supreme novices field. As if that isn’t enough, then comes along the phenomenon that is Un De Sceaux and his hell-raising style attacking the course and its fences – 60,000 people will hold their breath for nearly 4 minutes (or maybe 3 minutes in his case!). That excitement over, a fascinating and potentially brilliant Champion Hurdle is only an hour away, and on it will continue until Friday evening. Is there any other show that just keeps on giving and giving like Cheltenham?
In the final segment of Racing Tours Ireland’s own Road To Cheltenham, we take a look at some Irish horses that may be worth a second look in some of the handicaps – the handicaps at Cheltenham are harder that the Grand National, and even Galway festival handicaps – but as we claim to bring you the best horse racing experience in Ireland, we might as well flag up a few Irish horses that have caught our eye in the handicaps. This is no easy task (obviously) since in recent years the British handicapper has taken offence at Irish trainers daring to pilfer some of Cheltenham’s handicaps, and has accordingly lumbered many with higher marks than their Irish marks, as if Noel O’Brien is in on the plot too.
The Irish horses that catch my eye don’t turn out until the second half of the week, by when the forecast rain may have arrived to change everything. That disclaimer now broadcast, we think the following a worth a look (in racecard order):

Usuel Smurfer – The Pertemps Final (Thursday)
On what could be a red-letter day for Shark Hanlon (his Hidden Cyclone is fancied in the Ryanair later on Thursday), Usuel Smurfer could also bring a welcome change of luck at Cheltenham for owner Barry Connell. Due to carry 10-07 over the stiff 3 miles of the new course, he was impressive when easily winning his qualifier at Leopardstown at Christmas, and is now an acceptable 7lbs higher. He has since finished well behind Mydor at Leopardstown, but he can easily be forgiven that given the big weight he was carrying that day, and the softer ground. He is a better ground horse, and with his size and scope, hopefully he will think he is loose with his low weight, and hopefully will trigger wild celebrations when “the Shark” unsaddles his first Cheltenham winner. The 33/1 available is perfectly acceptable!

Ballycasey – The Festival Plate (Thursday)
Ballycasey has other entries this week, but if he shows up for this he must have a great chance. With the NRNB concession, the 20/1 has to be taken. Admittedly, his form has to be taken on trust too, after two poor performances, but if Willie Mullins (who else?) can get him back to his peak, then he must go close in this. He was a Grade 1 winner 13 months ago, had last year’s Grade 1 RSA in the bag at the distance of this race until his stamina gave out, and has actually won this season at Gowran in November. If the top weights stay in he will have a reasonable weight of 11-07 to carry, along with Ruby Walsh. He is no 20/1 chance.

Savello – The County Hurdle (Friday)
One of the top weights in Ballycasey’s race is Savello, but hopefully he is redirected to Friday’s County Hurdle, for which he is 16/1. Winner of the last race at last year’s festival off a chase mark of 147, he is now rated 153 over fences. However, his hurdles mark is 133, making him blindingly obviously well handicapped over hurdles. He ran a cracker on his first hurdles run in 2½ years when 4th in the ultra-competitive Boylesports Hurdle at Leopardstown in January, which was run on soft ground. If he gets the better ground that he needs on Friday, then Tony Martin may well pull off another handicap trick at Cheltenham.

Killultagh Vic – The Martin Pipe Hurdle
The dogs on the street have been barking and backing Willie Mullins’ Roi Des Francs for this race, with his price collapsing from 14/1 to 5/1 in the last 10 days. He has an obvious chance, and may well be another Don Poli (won this race last year for same connections), but Mullins may win it with another of his battalion. Killultagh Vic has other entries this week and is low down the weights for this race, and so may not show up for this and get in the way of his stablemate, but if he does, take the hint. He is a graded level novice hurdler, being placed in 2 Grade 2s since winning his maiden. Despite alot of heavy ground form, he acted on the ground and track last year when beaten only 5 lengths in sixth in the Bumper. He stayed on eye-catchingly that day, suggesting the 2½ miles of the Martin Pipe would be spot on. He may not show up, but if he does, the current 16/1 will look like a gift. 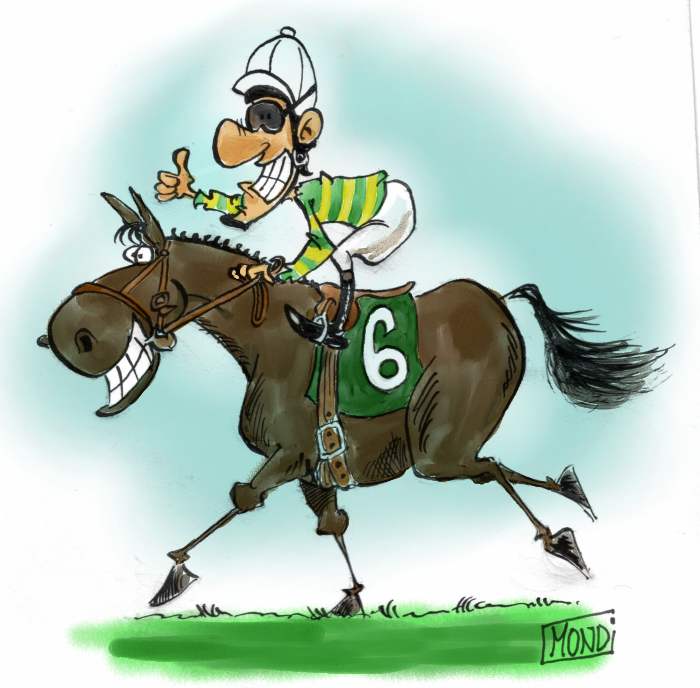 Should Tony Martin have hit the target earlier in the day with Savello, he might not have to wait long to hit it again. Ted Veale is a previous festival handicap winner when he won the 2013 County hurdle, and he has the look of a horse that has been trained for 2 years to get a handicap mark to work with over fences. His recent form is good too, having finished a place in front of Savello in the Boylesports hurdle, and also shown respectable graded chase form over the last 2 seasons. As big as 16/1, he is selected to ruin Tony McCoy’s efforts to win on his last ever festival mount, in the race named after him.
Hopefully some of those 5 selections will show up, and may be even win! 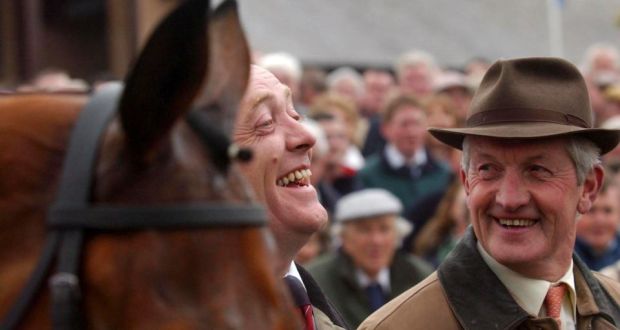 This morning’s news that Very Wood switches from the RSA chase to tomorrow’s National Hunt chase, having put him up for the RSA, reminds me of a tale regarding the late, great Dessie Hughes and Hardy Eustace in 2004. Having tipped Hardy Eustace to a non-racing friend for the Coral Cup a week beforehand, Dessie and his indomitable owner Lar Byrne switched him to the Champion Hurdle, where he caused a wonderful 33/1 upset. Next thing I’m getting texts of undying gratitude from my friend Keyser, thanking me for tipping him Hardy Eustace to him! Of course, I hadn’t a shilling on him because Hardy clearly ran in the wrong race! This was a view I proceeded to share with Dessie and Lar that night in The Cotswold Grange Hotel, and fair dues to both of them, they laughed it off graciously, and had the last laugh. It turned out to be one of great Cheltenham celebration nights, and kicked off what I warmly think of as “the Hardy years”. Very Wood won’t be 33/1 tomorrow, but I won’t make the same mistake again. Maybe it’ll be the second year of “the Very Wood years”?!
One thing’s for sure, yet again, it’ll be a great year!!