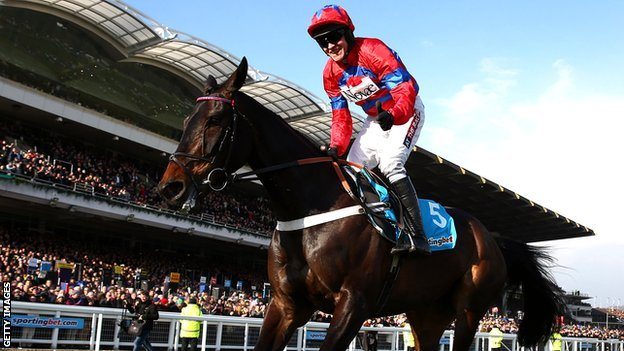 The Day 2 feature is, of course, the Champion Chase (or the “Queen Mum” anyone?) over 2 miles. If Racing Tours Ireland had to pick its favourite race from over the years, this would be it. The sheer pace and jumping/flying at speed makes it a great race to watch. 2m chasing is the most specialist division in national hunt racing – it’s all about jumping at a breakneck gallop. Given it’s about jumping at speed, it’s no surprise that the previous season’s Arkle and Champion Chase are the best guides. 10 of the 13 winners this century had either run in the race the previous year or in the Arkle, (ignoring 2002 as that followed the abandoned Festival). They’d shown they could cope with the pace of the race, at the track, usually on good ground conditions.

The list of great horses that have won this race during my time is a long one, but that is because there’s rarely an ordinary winner of the race – excuse me while I indulge in a spot of reminiscing, but how about these winners, a who’s-who of national hunt stars: Pearlyman, Barnbrook Again, Remittance Man, Deep Sensation, Viking Flagship, Klairon Davis, One Man, Edredon Bleu, Moscow Flyer (from the Racing Tours Ireland stable of Jessica Harrington), Master Minded, Sizing Europe, Sprinter Sacre…….

It is with the last named that I begin this stretch of Racing Tours Ireland’s Road To Cheltenham 2015, Sprinter Sacre. He is arguably one of the most talented national hunt horses ever seen, although his heart issues of 15 months ago put a sudden stop to his gallop to become a true great. It may be harsh, but I don’t think 2 seasons at the top level of chasing entitles you to being bracketed with the greats that did it year after year. However, his talent is undoubted, but does he have the constitution for it this year? After his comeback run at Ascot in January, opinion seems to be split down the middle, making him the ultimate betting exchange horse for this race. I suggest that it is the answer to this question that should be considered first before any form analysis. If you believe that he is back, then that should be the end of any form analysis – Sprinter Sacre will win the Champion Chase 2015, as he is so much superior to his rivals. If you don’t believe it, then he takes a fair-sized chunk out of the market to allow for value elsewhere.

What of his opponents? Taking the Paul Nicholls pair, Dodging Bullets and Mr Mole, both fail on the previous Arkle and/or Champion Chase form criterion. Mr Mole has never run in either, and in last year’s Grand Annual he fell at the last having not been fluent at a number of previous fences – a reformed character he may be, but it seems too big an ask to suddenly be able to beat a high quality field such as will show up on Wednesday week. Dodging Bullets brings moderate Arkle/Champion Chase form to the table, having finished 5 lengths fourth to Champagne Fever, I mean Western Warhorse, in last year’s Arkle (still can’t believe that result!). He has won Britain’s only Grade 1 races over 2 miles so far this season, beating Somersby 2½ lengths at Sandown, and a long absent Sprinter Sacre at Ascot. This doesn’t buck the impression that his overall form is not good enough to win this.

The Irish challenge is likely to be headed by Champagne Fever, and maybe Hidden Cyclone, and maybe Sizing Europe. Champagne Fever has an awful lot going for him: winner of a Champion bumper, a Supreme novice hurdle, beaten a head in Arkle, trained by Willie Mullins, and ridden by Ruby Walsh – not many horses can boast such credentials in any race at the festival. He can win it, but equally he can throw in stinkers, and, even if he’s in the best of behaviour, there’s a nagging suspicion that he just doesn’t have the raw speed for this on decent ground. At around 5/1 he is easily passed over. Hidden Cyclone is a grand honest horse, but if he has fallen 3 times over fences in Ireland, then there has to be a major doubt about his jumping standing the test of a Champion Chase. And his form when standing up isn’t good enough either. Regardless, with the good weather forecast at Cheltenham for the next 10 days, it seems more likely that he’ll be sent to the Ryanair Chase instead. Sizing Europe can claim legend status in Irish horseracing, but at 13 years of age it is very hard to see him winning this in the unlikely event of him running. His stablemate, Special Tiara, is an outsider to consider, who has twice finished within a few lengths of Sire De Grugy, and won a Grade 2 over 2 miles at Kempton on his last run, out-speeding a top horse in Balder Succes. He could well be the value in the race at 25/1.

Speaking of Sire De Grugy, he is now joint-favourite after his timely return to form at Chepstow 10 days ago. As an in-form, reigning champion chaser, he is a worthy favourite. The race’s roll of honour shows that repeat-winners are common, and, while he may not be a vintage champion, a process of elimination of the others suggests that he is the most likely winner.

However, sometimes rationale such as Sire De Grugy being the most likely winner is swamped by a hope such as Sprinter Sacre can return to his best and demolish this field. Maybe that explains why there are bookies, and an ever increasing number of new bookies on the block too, but Sprinter Sacre is put up as Racing Tours Ireland’s selection for the Champion Chase (or is it simply just siding with “Barry The Great” again?). Also, in the unlikely event of Savello turning up, with his course and distance form (new course, admittedly) from last year, he’ll also carry some of Racing Tours Ireland’s increasingly worthless euros at 66/1 – sure they’ll be worth nothing soon enough anyway, so why not have a go!