Own Your Own Racehorse 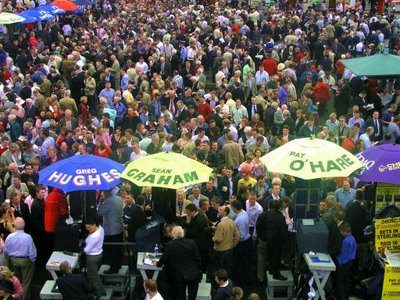 Wouldn’t it be remiss of a crowd calling itself Racing Tours Ireland not to have a blog post about the greatest racing festival in Ireland – The Galway Races?!!!

Let’s be thankful to whomever, or whatever, that this most Irish of racing festivals is upon us this week, making it truly great to be alive. Not your typical 2 or 3 or 4 or 5 day festival you can find elsewhere, the Galway Races has 7 rollicking days of sport in one of the most magical places in the world – Galway the other 358 days of the year is wonderful, but the sound of craic and laughter that wafts through the air everywhere there this particular week is simply magical, and addictive. It starts off at a good canter on Monday night, with the pace picking up on Tuesday night into a right gallop on Wednesday, before its near out-of-control breakneck speed on Thursday. Then there’s a gradual warm down gallop for 3 days from Friday until near-death on Sunday evening. The Monday after Galway doesn’t bear thinking about! For the racing enthusiast, throw in the parallel staging of the Glorious Goodwood festival in the UK, and there isn’t a more compelling week of punting in the year. 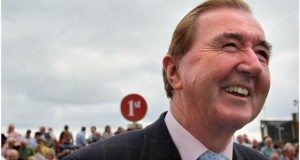 Of course, with this feast of racing and punting temptation comes the added necessity of making your few bets try to pay for the week, or at least not add to the financial carnage come this day week. However, unlike Cheltenham where you can be preparing and thinking well in advance about the nature of the big races, no such luxury exists with the vast majority of the races in Galway this week. Bets this week can be a mix of some preparatory form study in advance of this week for the a selection of big races, on the day study, wait for horses in your notebook to show up, just back horses trained by Dermot Weld, or listen to the many opinions that will be offered up, both verbally and blog-ally.

So, with all the caveats and T&Cs and wealth warnings associated when any Galway tips, including the added headache of all the rain that’s about, here is the

As difficult a first leg of a yankee as you could dare to choose, there are 19 declared and about 19 with a great chance. We almost put up the old warrior Ted Veale, who is rated 59lbs lower on the flat than over hurdles, and less than 2 years ago was placed in an Ebor at York, and he doesn’t seem to have deteriorated since. No doubt he will be primed by Tony Martin for this, with his owner John Breslin home from New York expecting a winner or 2 (at least) this week. However, Ted Veale is reluctantly passed over for SIERRA SUN. Arguably wouldn’t be the choice if not trained by Dermot Weld, the fact is, she is trained by Dermot Weld, and has all the hallmarks of being laid out for this by the King of Ballybrit. This filly has 2¾ lengths to make up on one of the lesser lights in this field, Unrequited, from their clash 3 months ago, but she is 12lbs better off to do so, and it’s fair to assume she will show the typical Weld improvement for Galway on top of that. Off the track since a poor run in May, she is by Hernando and so should relish the 2 miles in soft ground. Finny Maguire’s 7lbs claim is another bonus. All in all, Sierra Sun should go well at a fair price (about 9/1).

The draw, the draw, the draw, and the draw! It might be considered a short-cut, but to make things ever so slightly easier to work out this hugely competitive handicap, Racing Tours Ireland suggests halving the field of possible winners to the inside drawn half of the field – obviously horses can win from an outside draw around Galway at up to a mile, but they need an extra few pounds in hand, and it is difficult enough without having to overcome the drawbacks of the draw.

Horses for courses! It is no coincidence that horses come back year after year to win at Galway. The track is very undulating and tight, which doesn’t suit many horses. Some apparent certainties have been turned over on numerous occasions over the years, so the ability to act on the track is a huge bonus – as VASTONEA does. Vastonea has won this race twice, showing his love for the track. He won this off just 1lb higher last year, coming wide from his stall 10 draw, with today’s jockey Gary Halpin on board. Halpin now claims 5lbs leaving Vastonea with just 8st 6lbs on his back. The cherry on top is his stall 3 draw.

There are dangers everywhere, as there should for a €120,000 race, with Hint of a Tint dangerously well handicapped.

The traditional centrepiece of the festival, the Galway Plate is one of the highlights of the summer in Irish horse racing, and is one of the most hotly contested races of the year – there aren’t many bigger racing dreams than winning “the Plate”. Willie Mullins seems to have really targeted the festival this year, illustrated by 11 entries in the Plate, and he could have a half-dozen shots at the prize led by multiple Grade 1 winner Boston Bob, and the favourite Alelchi Inois (who needs unlikely good ground). That’s a serious statement by the dominant force in national hunt racing, and it is to him we turn for the selection – BALNASLOW. He looks to have been trained for this race (he won’t be unique in that respect) after finishing fourth in the race last year, running on to be beaten 14 lengths by the top class Road To Riches. He races off the same mark this year, has had a nice comeback run at Kilbeggan, and the ground won’t matter to him. One snag with selecting Balnaslow is that he is not guaranteed a run, being no. 35 on the penultimate declarations.

If he doesn’t run, then we will turn to a winner at last year’s festival, JACKSONSLADY, who will get in and has surely been primed for this race. She will be one of JP McManus’ battalions, but could well be the choice of Barry The Great Geraghty, as he won on her last year and would be a great aid to her cause.

This is the richest race of the week in recent years, and has become the most competitive race of the week in recent years – just getting in to the race is a result. There could be a worthwhile thesis in previewing this race, but we’ll keep it short and sweet and with the news that there could be a cyclone hitting Galway this week – a HIDDEN CYCLONE! 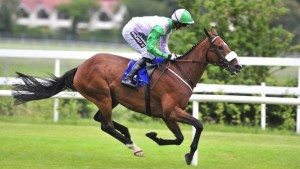 The recent cyclone-like weather has helped this fella’s chances, as he is a top class winter jumps horse. Rated 157 over fences, he runs off 137 here, less Brian Hayes’ 3lbs claim. His chance is obvious, and he is trained by a man that likes a winner, and a celebration, at Galway in Shark Hanlon. He showed his current well-being with a recent flat win romp at Leopardstown, and his front-running style will be an asset to keep him out of all the inevitable trouble behind, and hopefully he will come home alone, never having seen another horse

If he has seen another horse, then that could be DIAKALI, who has looked a top class hurdler on occasions, is young and improving and is trained by the maestro Mullins. He has been well-backed in the past week too. Diakali and Hidden Cyclone could set off in front together, with the weight difference in favour of Hidden Cyclone possibly swinging it up the hill.

One angle is that it could be a very very straight forward reverse forecast! (And maybe keep Rae’s Creek in mind for the tricast)

So there you have it, the Racing Tours Ireland Galway Races Yankee: 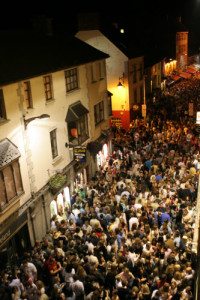 Look out for us on the track this week, or off the track in such hospitable beauties as Tigh Neachtains, Garveys, McSwiggans, Tig Coili, Taaffes, the Spanish Arch, Kirwan’s Lane, the Radisson etc etc etc!!!
ISN’T IT GREAT TO BE ALIVE THIS WEEK!!