And so the year long wait is very nearly over!

With the 6 day decs in, the picture for Cheltenham Tuesday is just that little less murkier, especially with confirmation of Annie Power’s tantalising addition to the champion hurdle field –Faugheen is irreplaceable, but Annie’s addition in his place adds even more fuel to the debate about who will replace Faugheen as the champ. And Racing Tours Ireland would like to try and bring some bit of clarity to the wonderful Cheltenham puzzles that await us next week – after all, we didn’t do too badly last year with a host of winning selections, including Killultagh Vic (when he was 16/1), Martello Tower (12/1) and Moon Racer (8/1), amongst many of the shorter good things. 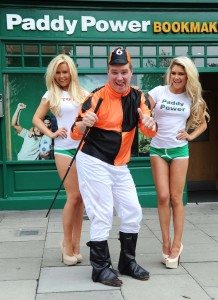 However, we love our laurels at RTI, and have chosen to rest on them, and, instead, bring in the big “guns” of everyone’s favourite bookie, Mr. Paddy Power. Up until a recently a favourite among the predominantly male betting population, his popularity may have taken off some more in recent times with the fairer sex after the unveiling of the bookie’s latest promo for this year’s festival!

Eager to get the chance to prove he’s more than just pouts and pecks  up on a billboard, and that he has deep and meaningful thoughts and feelings on this year’s festival, RTI’s Rob Relihan met Paddy to get these “thoughts”, and we’re delighted to be able to bring them to you over the coming days in the lead up to the greatest show on turf.

Our meeting started off very positively when Paddy arrived with his top on, and his famous green underpants nowhere to be seen, and he  was in great form and relishing the prospect of a week long orgy, ahem, festival of betting and boozing, mischief and mayhem! He reminisced about his favourite memories of Cheltenham’s past, and true to the saying that you never forget your first, he cites Moscow Flyer’s Champion Chase win in 2003 at Paddy’s first visit to Cheltenham as his favourite memory of all. Having backed ‘Moscow’ when he won the previous year’s Arkle, Paddy waded in again and loves the memory of his first experience of the ‘paddy whackery’ that Cheltenham is so famous for – the Irish roar that ripped when ‘Moscow’ hit the front, electric atmosphere when he won, and papers, hats, scarves flying everywhere! Paddy will never forget it.

It can’t always be as good as that though, with Cheltenham as famous for sore memories, as much as fond ones.

But even one of his sore stories still makes him smile today. In 2007, Paddy’s dad, David, as shrewd a judge as there is on a racecourse (or anywhere), warned Paddy to have a few quid each way on a 66/1 shot, Sophocles, in the bumper – “he’s over-priced”. Not one to do things in small measures, Paddy “put far too much” on the 66/1 shot, and, in turn, warned everyone he met that day to do the same. Watching the race with his usual Cheltenham buddies (although everyone seems to be Paddy’s buddy in Cheltenham), who had all backed Cork All Star to win the bumper, along with Paddy’s warnings to back Sophocles, there was huge excitement when Barry Geraghty (or Barry ‘The Great’ to those of you who read last year’s blogs) hit the front on Cork All Star; but, out of the clouds came a flying grey cutting through the pack and zoning in on Cork All Star – it was only bloody Sophocles! A desperate finish ensued, and Sophocles just failed to reel in the winner. Unlucky, and what might have been? “I’d have won a fortune if he had got up”. Naturally disappointed at going so close, Paddy noticed one of his friends standing a little shocked and stunned as the group headed off to the bar. His friend whispered “I wonder what the exacta will pay on that?”. With an 11/2 winner and a 40/1 (S.P.) runner-up, a simple rule of thumb is to multiply the odds, ie about 220/1; for £10 that would be a nice touch. When the dividend eventually came through on the tiny tv screen it showed £908.10  – for £1! With his delight for his friend’s whopping £9,081 winnings for a tenner reverse forecast, Paddy soon got over his own disappointment, and still shakes his head and laughs at how those winnings were spent that night! “If there’s one certainty I can give you for Cheltenham this year” says Paddy, “it’s that it’ll create a new batch of legendary stories and fun for all who are there, and the millions who are watching their bets on TV from afar”.

“Oh yeah, and if Annie Power wins the Champion hurdle, at least 1 person will come and congratulate me on owning the Champion Hurdler!”

So, on to the equine certainties for Tuesday, we go through it in racecard order, and here are Paddy’s thoughts and tips:

Min has been all the rage for this race for some time now, being backed since last summer before he ever set foot on an Irish racecourse. Paddy’s not sure that Min’s as good as team Mullin’s/Ruby’s/Ricci’s last 2 winners Vautour or Douvan, and he’s not the only one. 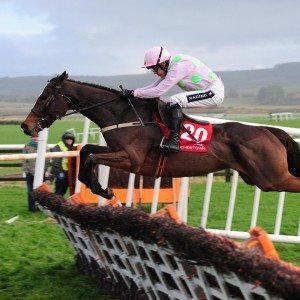 But the knockers might make Min a more attractive price by post-time, and if the gun was put to Paddy’s head, he thinks Min is the one. Not one to be afraid to back 2 (or 10!) in the same race, he has already backed Yorkhill, and hopes that he goes for this race rather than the Neptune; if he does, he is Min’s biggest danger. Controversially, and either in the spirit of 1916, or the Betbright Cup (which goes to which of Ireland or Britain wins the most races at this year’s festival), Paddy thinks that Nicky Henderson and Paul Nicholls are playing for second here, and they know it!

One of Paddy’s favourite races with its pantheon of great winners and great races, he hopes and fully expects Douvan to win this easily. He won’t be backing him, but will cheer him home regardless, and will have his bet on Henry de Bromhead’s Sizing John in the ‘without’ market. 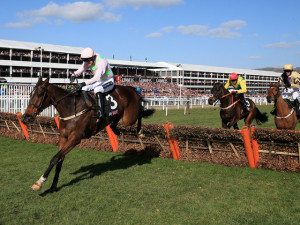 It could be a very small field due to the Douvan-factor, but Sizing John has followed Douvan home on a couple of previous occasions, and Paddy hopes he can do the same again – especially if only those 2 line-up!

Always a great betting heat, Paddy loves nothing more than getting his punting teeth stuck into a top class handicap chase. He’s been on a few Cheltenham preview panels, and heard more tips for this than there are even entered. He’s happy to narrow it down to the well-handicapped improving young novice, Out Sam, and the wily old former winner, Holywell, in that order. Out Sam could be chucked in, although that might actually prevent him from getting a run, whilst the expected spring good-ish ground and course-form, and the ever important Jonjo O’Neill factor, give Holywell a great chance.

Paddy is as disappointed as everyone else that Faugheen won’t be there to defend his crown – “an absolute machine, and would have lapped them”. But one horse’s loss is another horse’s gain (apparently), and it’s still a champion hurdle, and still needs a top class performance to win it. Interestingly, Paddy believes that the fact that Annie Power has been trained all season for a lesser race over a longer trip means there’s no need to be afraid of her. After her near misses in the World hurdle and last year’s Mare’s hurdle (“maybe God is a bookie after all”), he does feel it would be a shame if the brilliant mare never wins a race at the festival – but he won’t be backing her to do it here. Although if she does manage to win it, he still expects to gain a drink or 2 being bought for him through mistaken identity as Annie’s owner. 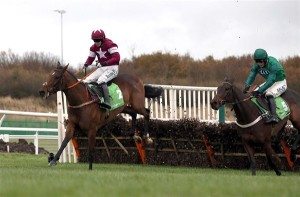 Speaking of Identity (and thieving), Paddy still thinks that there will be a cut-throat pace even without the front running Faugheen, which should suit the rapidly improving Identity Thief the most.

Danger: Rest of the field, except Annie Power!

As much as Paddy thinks Annie Power will come up short in the champion, he still feels she’s better than Vroum Vroum Mag, and so she has to be taken on here at such a short price. With Paddy’s experience of the fairer sex, he knows that they are notoriously unpredictable, and a health-warning to your finances. Paddy loves a good mare though, and has heard that Paul Nicholls’ Tara Point is a good one, and at double-figure odds (he loves good figures too), she’s the one for him.

A wide-open and ultra-competitive field, complicated by the fact that the horses are ridden by amateur riders of varying abilities; nonetheless, Paddy salutes them. The market has spoken in volume for Minella Rocco, and with his connections that has to be respected. Paddy still holds out hope that Pont Alexandre can be the horse he once promised to be before injury, and that points him in the direction of Roi De Francs, who beat Pont Alexandre on his last run. The fact that Pont Alexandre was favoured in the market (albeit narrowly) suggests to Paddy that Roi De Francs might produce more on the track than he does at home. Add the fact that he’s sure to have one of the top amateurs on board and is trained by a genius, and Paddy is happy to side with Roi De Francs. The danger could be the Tizzard’s Native River, who seems to have bundles of stamina, and so is almost guaranteed to love the 4 mile trip more than most.

“A stick a pin job” with all these young inexperienced novices hurtling around the demands of Cheltenham. However, Paddy has been told by a “good judge” that Willow’s Saviour is the one here. Another good judge, Patrick Mullins, has highlighted to Paddy the chances of McKinley in this. The question is, who is the good judge whose opinion Paddy puts ahead of Patrick Mullins??

So there you have it folks, racing’s answer to Elle McPherson – ‘the body’ has spoken, loud and clear…… For Paddy’s thoughts and tips on Wednesday’s card, don’t forget to check in with us tomorrow!