As if the first 3 days’ feast of racing and all the trimmings that go with it are not enough, the main course arrives on Friday, and it’s with the Gold Cup that Paddy gets stuck into first, as he can’t contain himself to go in racecard order 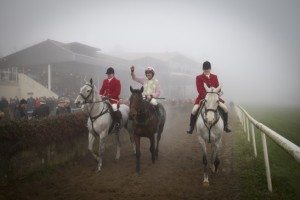 A wide-open affair with at least 6 realistic challengers, which is manna for racing fans, and the bookies! With his punter-hat on, Paddy excitedly talks goes into the pros and cons of each of them, almost convincing himself that any one of the 6 could win it. Djakadam has a massive chance says Paddy, having been beaten last year by a brilliant winner in Coneygree (he’d have been the one for Paddy if lining up this year) as a young horse, and now a year older, there’s every chance he can even improve on last year’s form. The fall at Cheltenham the last time he ran was just one of those things – “shit happens” – and doesn’t worry him at all. 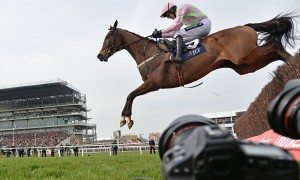 If it comes down to brilliance winning the race, then Vautour is the one. Each time he has gone to the festival he has been brilliant, and he thinks Ruby won’t jock himself off for Djakadam – and you’d want Ruby on your side every time. At least if you back Vautour, you’ll get a great run for your money, at least up until the big question about his stamina is asked about 3 furlongs out?? As for Willie Mullins’ other big gun, Paddy thinks the drying weather will lead to a ferocious gallop that could take  Don Poli off his feet and trailing fairly soon into the race – “they might even lap him!” 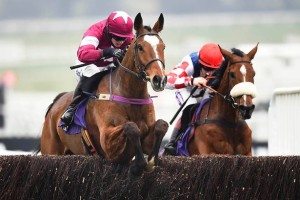 (We debated that for quite a while as Don Poli is Racing Tours Ireland’s selection). The other Gigginstown owned contender, Don Cossack, has to be feared given he’s the 2nd highest rated horse in the race and was born with the size and scope to be a gold cup winner – but he’s been beaten 2 out of 2 times he’s been to the festival, and that bothers Paddy.

Oh, and the British have some live chances too, with Smad Place an old friend of Paddy’s from winning the Hennessy (and setting up a bonanza pay-out for him when Yanworth wins on Wednesday), but he’ll be taken on up front and leading this field all the way is a very different kettle of fish. That leaves the million-pound horse. Cue Card is the highest rated horse in the race (with his 176 rating), and, having unexpectedly won the first 2 legs of the BHA’s £1m. challenge of Betfair Chase/King George/Gold Cup, who could argue against him? All these top-class contenders (and there are others), and their relative merits gives an insight into the conundrum facing punters, and that terrible inevitability that, no matter what horse wins the Gold Cup, if you didn’t back it, you know you could have! Eventually, Paddy comes down off the fence, and calls it:

Gold Cup day starts off with a few particularly difficult races, although the Triumph is not as difficult as it used to be, with the Fred Winter now attracting some of the dead wood the Triumph used to have – “still an absolute minefield though”. Paddy likes to invest his ‘hard-earned’ in a horse prepared by training genius’ – the like of Mullins, Bolger, Weld, O’Brien etc – and he is turning to the magician Aidan O’Brien (or should that be Joseph O’Brien?) to turn a trick yet again with Ivanovich Gorbatov. Paddy was very impressed with the horse at Christmas, before he got beaten the last day in ground that was nothing like it will be on Gold Cup day. Paddy is willing to forgive n’ forget and trust the connections – “keep the faith” he says. As for a danger, minefields tend to have alot of danger, so he doesn’t pick out any one particular mine. 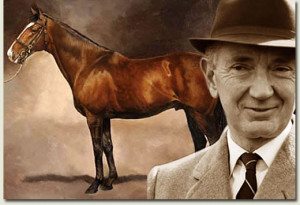 “County by name, County by nature in this one”  – Desoto County to be precise. He ran an obviously eye-catching race in Leopardstown the last time he ran, and has been put away since, and should love the hill, given how he finished then. The winner of that race, Henry Higgins, may actually still be under-rated Paddy thinks, and could represent value, given how easily he won then; and of course, it would be very appropriate for the great Vincent O’Brien’s son, Charles, to train the winner. Paddy also put in a good word for Paul Nicholls’ All Yours, but in the end he can’t get away from Desoto County and Henry Higgins.

Even in this race’s short history, it has painful memories for Paddy, regularly having his nap of the week running it, with none of them delivering – he can’t even remember their names, such has been the trauma and memory erasing necessary to get over the pain. But he’s nothing if not stubborn, and he’s bullish again about another one in this race. 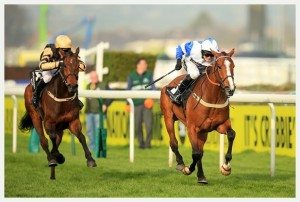 Maybe he has learned that it is a graveyard for Irish hotpots, but fine for British ones, because Paddy rates Barters Hill one of the bets of the week in this race. Barters Hill is not sexy (who is Paddy?) but he keeps finding more when tackled late on in his races, and gets the job done. Paddy thinks the bookies might try and get Barters Hill in the book, and so “the bigger the price, the bigger the bet!”. That’s confidence for you, i.e. there’s no danger!

This is the race that much of the non-racing media at Cheltenham on Gold Cup day will be focused on, due to Victoria Pendleton’s participation on Pacha Du Polder. Paddy certainly wishes Victoria well, but she certainly won’t be carrying any of his cash. But another superstar lady will – Nina Carberry is to racing what Pendleton is to cycling, and Paddy thinks On The Fringe will win by a street, just like last year.

Paddy acknowledges that it’s no secret that Gordon Elliott is “bulling” to win this race named after his old mentor, Martin Pipe, and he’ll probably throw more than a few into the race. Squouateur looks like the one, especially with 16 year old sensation Jack Kennedy booked. Paddy puts more emphasis on the jockey than the horse for this, with nearly 30 young, very young, guns raring to go. They invariably go too fast, and Paddy says he should know, having ridden the track in a charity race once! As for the danger, Willie Mullins has won it the last 2 years with Don Poli and Killultagh Vic, and he’ll have targeted something at the race again – maybe Childrens List.

And then, finally, race 28 of the festival, the lucky last, the Grand Annual Chase. Paddy still hankers after the County Hurdle being the ‘lucky last’, but that doesn’t seem to stop him steaming into this 2 miles speed-test as if he’ll never bet again – numerous singles, exacts, tricasts, trios, kitchen sinks, you name it, Paddy will bet it in this ‘get out stakes’. It’s a good few days away yet, but taking in what he has heard at all the previews he’s been to, Paddy, shock horror, thinks there’ll be an Irish-trained winner of this (for those not counting, Paddy has tipped a record 15 Irish winners already). Rock The World can bring the 2016 festival to happy close for punters, appropriately enough as, come what may, the world will surely be rocked next week!

Enjoy & Good Luck from Paddy and all at Racing Tours Ireland………….